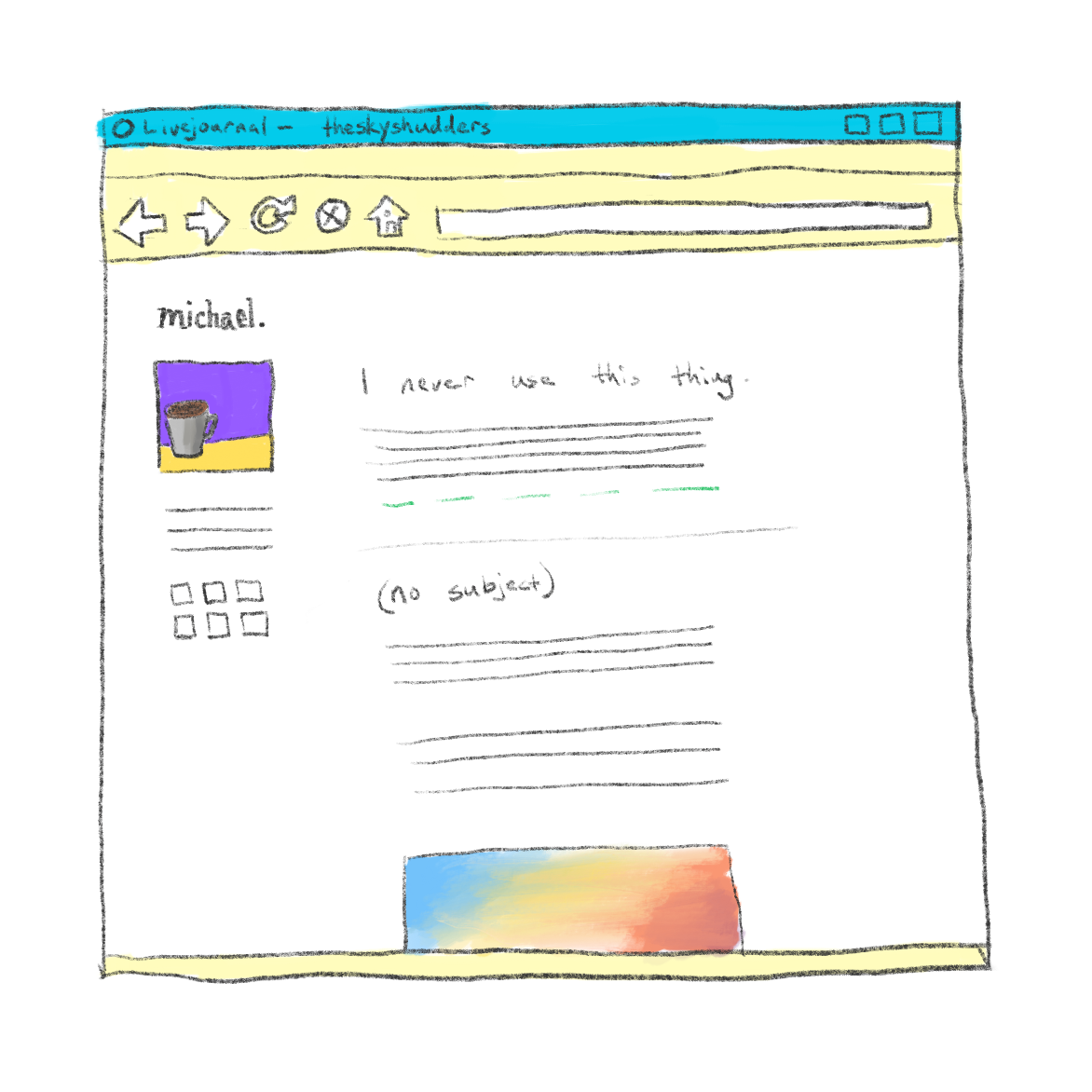 College, and my first cable internet connection, provided me a glimpse into a world much more colorful than my po-dunk suburban upbringing could have prepared me for. Outside the modest echo chamber of small-town Oklahoma was a wide world of people doing weird and interesting things: traveling the world, writing poetry, having kinky sex, discussing Kurt Vonnegut, posting artful self-portraits, talking about socialism and their favorite way to cook tofu.

And they were all on Livejournal.

I’d always considered myself open-minded and progressive. I was raised to believe in equality, that women could do anything men could do, that men weren’t entitled to women’s bodies. Then I stumbled into an unexpected world: a den of Livejournal feminists. They posted risqué selfies. They celebrated their “muffin tops.” They talked openly about sex. And they didn’t shave their body hair. This was a whole new level. 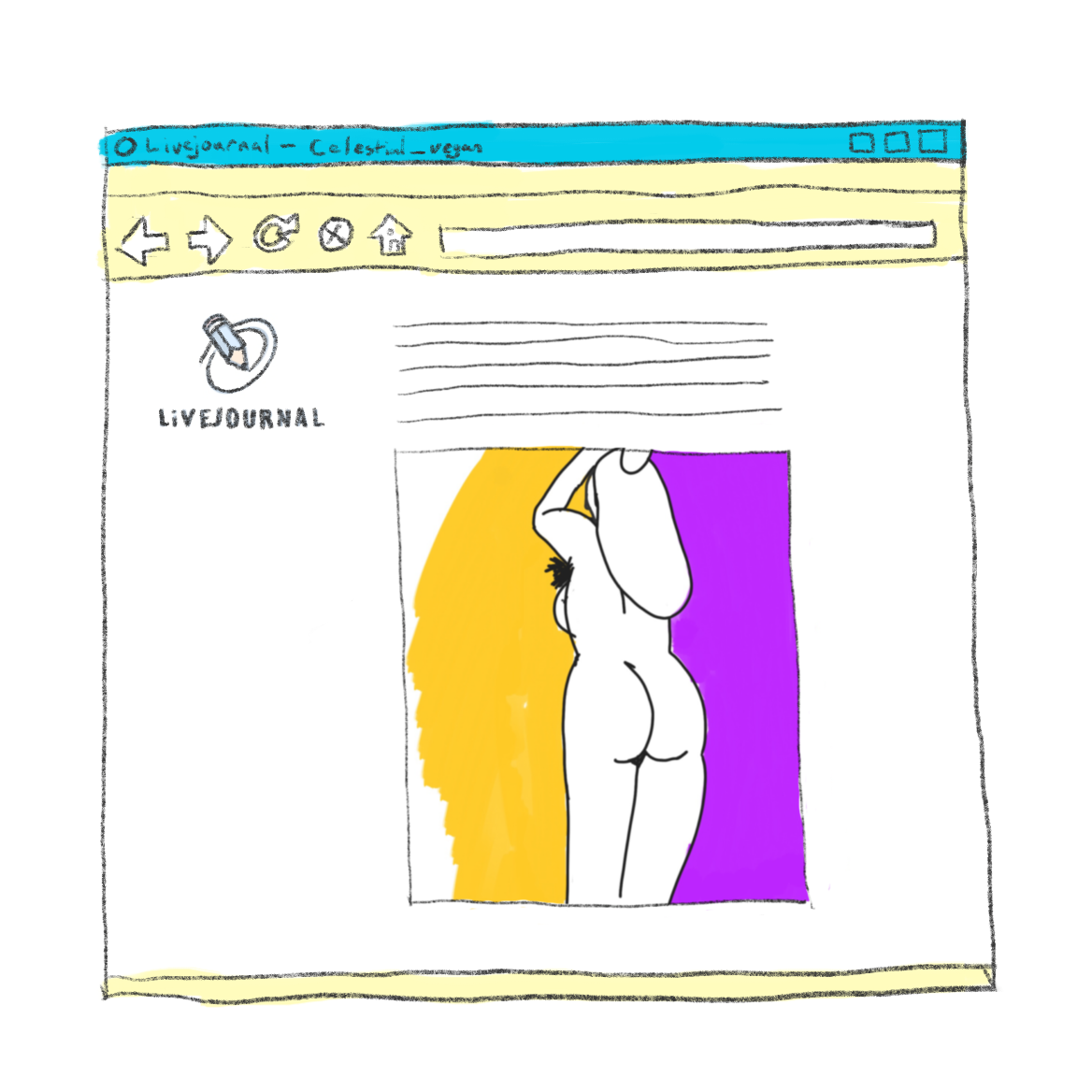 My initial, unintentional reaction was disgust. Then, disgust at my own disgust.

Alongside my belief in equality, there existed a deep and previously unexplored misogyny I didn’t even realize was there.

These women weren’t living their lives to impress men. This seemed revolutionary to me, which I would come to realize spoke volumes about the weight of toxic masculinity that I carried with me. I began to recognize my own internal biases. I came to see the power of this community of women empowering one another. 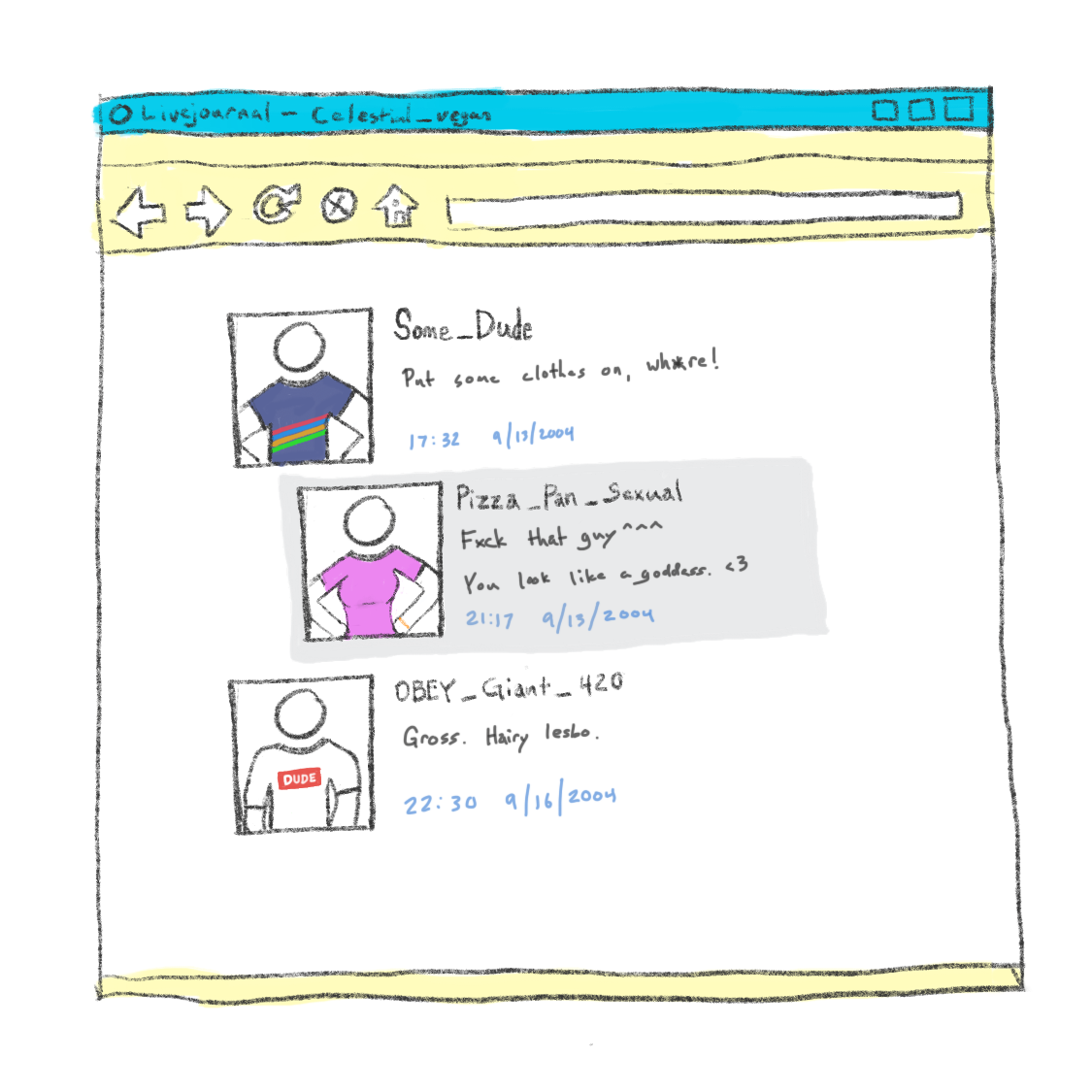 Then I saw the way many men responded. Hostility. Policing women’s bodies. All of society’s expectations of women being thrown at them in the comments section. I felt shame. I took a good long look at myself.

Was this how men felt entitled to treat women who didn’t look or act or smell the way they were “expected” to?

The internet answered with a resounding “yes.”