DEATH LORD was the alias I chose for myself when I started dialing into BBS (bulletin board systems) in 1993 at age thirteen, first from my very permissive alternative junior high school (it would tie up the teacher’s office / admin phone line, but oh man, kids can learn so much from computers!) and then from home via a 14.4 baud modem my mother helped me buy and install (my mother also helped me buy and install my first sound card, paid me to do computer work around her office, convinced friends to pay me to do computer work around their offices, and generally got me acquainted with the idea of being paid to do work with computers; thanks Mom!)

People even a little younger than myself as DEATH LORD may never have experienced the BBS world, which I played around on for a good two years before I used a web browser, Usenet or an FTP site, and made me feel like a jaded cybersoldier by the time I first experienced the actual capital-I Internet. They were advertised in classified ads in the back pages of local computer weeklies, and while some were run as businesses with pools of dedicated phone lines, a lot were simply hobbyists.

I played a lot of games as DEATH LORD, especially Trade Wars, Legend of the Red Dragon and Mutants, wrote weird collaborative fiction, argued with people about things, hung out in chatrooms, had my father drive me to the suburbs and leave me (somewhat nervously) to play Dungeons and Dragons in a basement apartment with a bunch of much older men (he picked me up safe and sound a few hours later). The kinds of things you’d do on the Internet today, but with a particular hyper-locality to them - you were literally dialling a local phone number to connect to a BBS and it wasn’t an uncommon experience to hear someone answer the phone from the modem, hear the squeal, and tell you to call back in a moment after they unplugged their landline phone and plugged in the modem.

DEATH LORD was also my first experience of what became an addictive property of online interaction for me as a teen: being judged older than I actually was. I was (for thirteen) well read, articulate, and a good speller. I loved being mistaken for someone older and more mature in online interactions, then doing the reveal of my age to astonished older teens and even adults! (I also used my youth as a defense when I got into flamewar interactions, like when I called someone a “moron” for misspelling “Cthulhu” - “sorry i’m only thirteen please don’t be mad!”)

I was DEATH LORD when I wrote this poem, though that poem is less informed by my BBS days than by when I first learned to use antivirus software (who’d have ever guessed that pirated Sierra games a friend’s father brought back on hand-lettered floppy disks from a trip to Indonesia might have viruses?): https://twitter.com/waharnum/status/941657999969460224 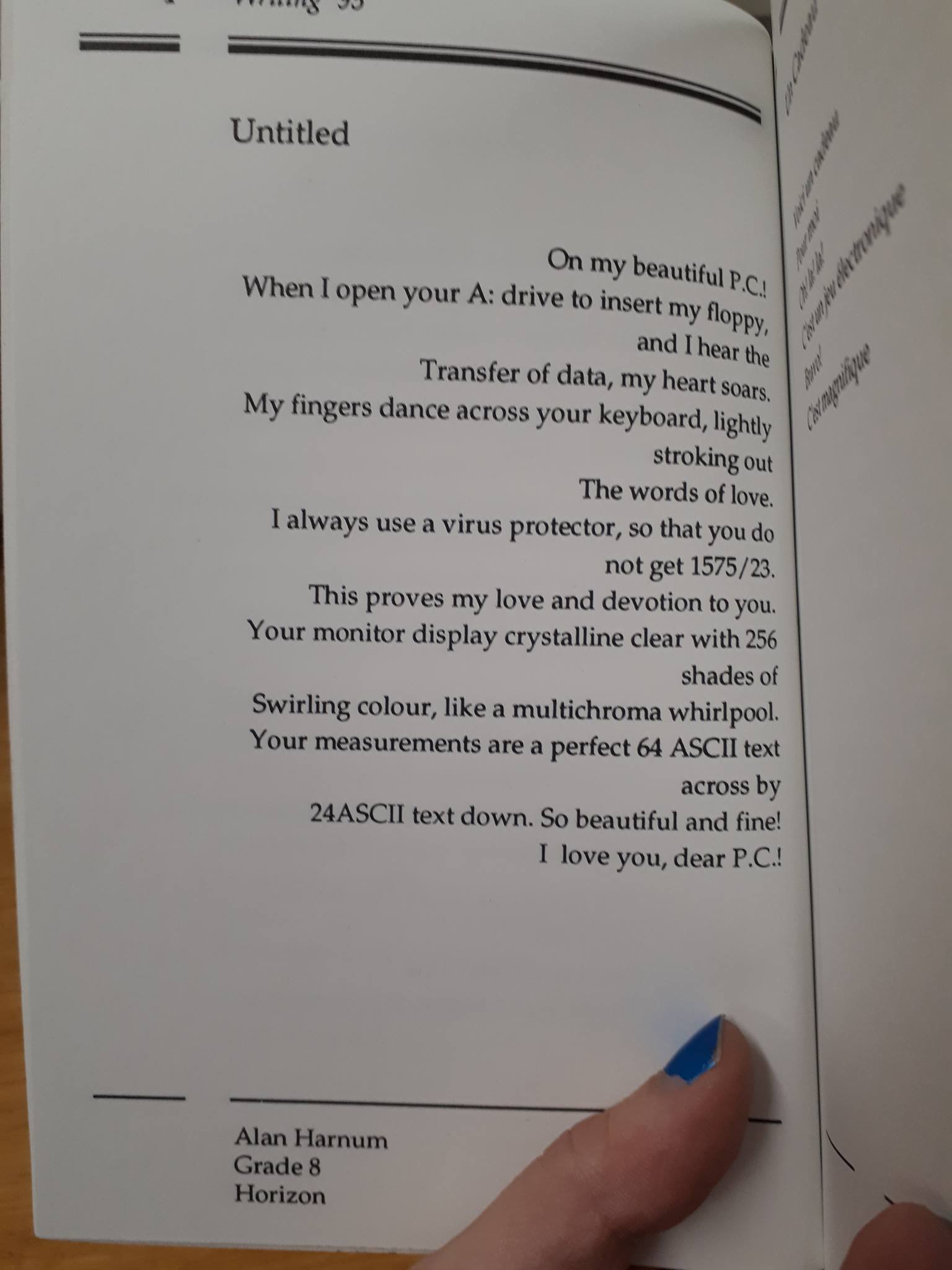 I was DEATH LORD when I first downloaded DOOM, which happened to also be the game I was downloading from an FTP site in the summer of 1995 when my mother died of ALS / Lou Gehrig’s. DOOM has funny mournful resonance for me to this day because of that convergence, as does the Pauly Shore movie BIODOME that was used to distract the kids that day.

I stopped being DEATH LORD when I started using the internet instead of BBS, and because I decided aliases were for “little kids”, all of my anime fanfiction from that era is credited under what I’ve learned as an adult is a basically unique name. Good times! I also realize 2018 will be the 25th anniversary of me being someone with a major part of their identity formed and enacted in online spaces; thanks, DEATH LORD, and take care.