Caroline Golum is a filmmaker and writer living in Brooklyn, New York. Her film, A Feast of Man, may well be coming to a festival near you. You can find her on Twitter @carolineavenue.

Editor’s note: Here are a few websites Caroline sent along as inspiration: 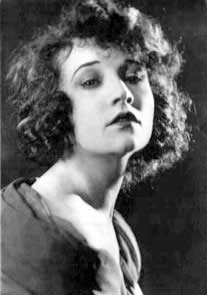 Don’t let this coming wave of early-aughts nostalgia fool you: the first years of this century were, for me, at least, an aesthetic and intellectual dead zone, politically frustrating and personally depressing. George W. Bush’s ill-fated forever war began on my 15th birthday, and the then-contemporary slate of pop culture products offered me little escape from the nationwide buffoonery to come. Mainstream chart-toppers like the Kid Rock and Sheryl Crow duet “Picture” or Matchbox 20’s “Unwell” failed to move my emotional needle, and celebutante Paris Hilton’s continuing media supremacy was taxing, to say the least. The America of my teenage years was a red-white-and-blue septic tank - even at my tender age, disenchantment seemed the most reasonable reaction. 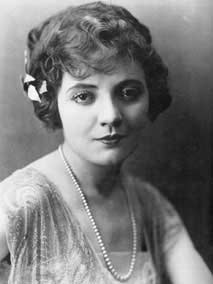 Growing dyspepsia dogged me day in and day out, from the beige-and-stucco rooms of my public school to the sanctuary of my childhood bedroom: a tiny alcove in a ranch-style house chock full of sketchbooks and half-forgotten art projects. My sole lifeline - and I suspect many others share this sentiment - was a comically large Dell computer and a 34 kbps dial-up connection. Every afternoon, with another day of drudgery behind me, I’d repair to this hideaway and beat feet to the wild west of the world wide web. Before social media corralled us ponies into the stockade of news feeds and ad-riddled algorithms, the internet was a vast pasture of goodies ripe for grazing. Having private and periodic internet access afforded me an opportunity to explore my obsessions du jour (mostly porn), but more importantly, it allowed me to try on and discard different subcultures with the push of a button. 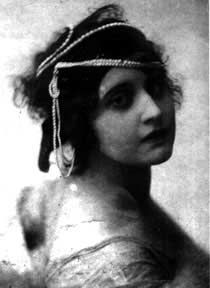 Funnily enough, it was a ninth-grade U.S. history textbook that proved to be the lynchpin of my changing teenaged identity. A dusty tome that devoted ample time to the Revolutionary and Civil Wars, the text reached a fever pitch around the Gold Rush, and then tapered off considerably. But one idle day, bored out of my mind (as I so often was), I skipped past our Spanish American War unit, breezed over World War I, and landed smack in the middle of the Jazz Age. Greeting me on the page was a row of women, in scandalously short skirts (knee-length), with short hair and an array of jewelry. “The Flapper,” read the description beneath this photo, and it was love at first sight, a revelation: America - or parts of it, at least - used to be cool. 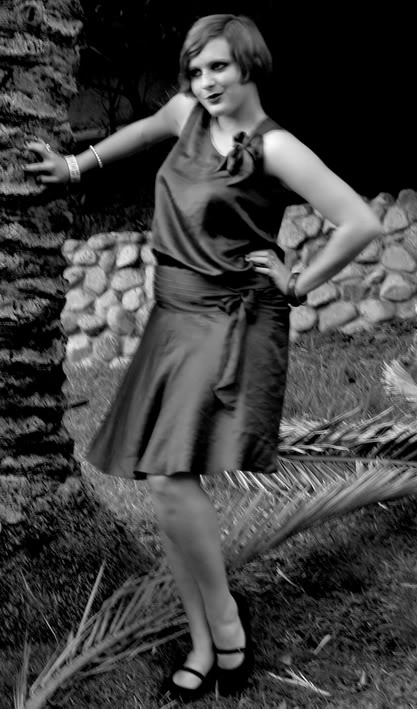 Emerging from the misty past was a time of excitement and radical change - a kind of cultural puberty hurtling in conjunction with my own unwieldy body and unmanageable hormones. Sexual liberation, a technological explosion and, best of all, no war (at least, not yet). Faster than you could say “Charleston,” I was obsessed, and spent every subsequent moment of my ample free time devouring everything I could about the Roaring Twenties. I wanted to understand what a 15-year-old girl some 70 years prior was watching, wearing, listening to and, maybe, feeling. 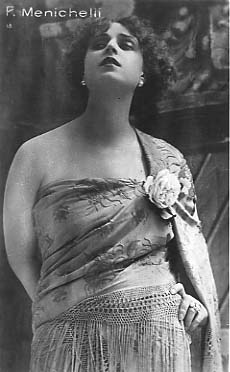 Search terms for “Japanese gothic lolita fashion” and “Doc Martens” were soon jettisoned for things like “Art Deco buildings Los Angeles” and “how to do a marcel wave.” Somehow I managed to track down scans of ukulele sheet music (no self-respecting flapper should be without one, I figured), and charts for foxtrots and the Black Bottom. I spent hours poring over rudimentary, Web 1.0 galleries of of silent film stars, practicing the perfect Cupid’s bow lip and tweezing my eyebrows within an inch of their little lives. In these stars’ saucer eyes and Kewpie-doll faces I saw a vision of my perfect self. It was a relief, as I tread in a sea of low-rise jeans and Ed Hardy hoodies, to know that at some point in time having short hair and chubby cheeks was in vogue. 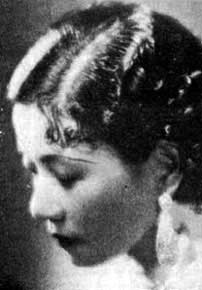 The irony of this obsession was not lost on me, I assure you: having to resort to the internet to get my pre-War culture fix seemed a necessary evil, one that brought me closer to what, I felt, was the “rightful” era of my youth. Like a Catholic foundling, discovered on the abbey steps, I’d suspected some part of me was mistakenly dropped in the 21st century, while my heart and soul remained stubbornly lodged in the past. An avid thrifter, I ravaged the racks at countless second-hand shops, nabbing tattered slips and printed shifts cut in the iconic garçonne style. Fitzgerald novels flew of the shelves of my local library, but his florid, “remember when?” prose was only a gateway drug: to fully understand this wild, rouged era, I had to go deeper. 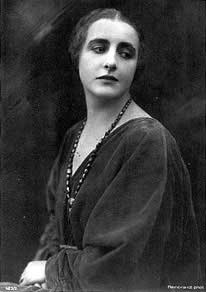 My record collecting habit was still in its infancy - lotta split 7”s and the like - but through extensive (internet) research and some helpful clerks at Amoeba Music I’d learned an unfortunate truth: most pre-War music was only available on pricey, fragile 78 RPM discs. And many of these rare sides languished in the private collections of a Very Specific Type of Old Man. If you’ve seen “Ghost World” (a then-favorite of mine, shocker), you know the sort: sweater-clad, saggy-pants’d curmudgeons, my partners in snobbery and disdain, who had cornered the market on shellac.

In order to access the womp-womps and woo-wahs of red hot jazz, I had to take a modern approach: enter WinMX, a peer-to-peer network that bogarted my bandwidth and my time in equal measure. Whatever moral issues I had with pirating music were quickly dispelled - “these people are all dead now, anyway” - and soon I’d amassed a hefty catalogue of everything from Edison cylinders to Savoy Hotel radio broadcasts. For reasons I’ve yet to uncover, WinMX was the preferred platform of an international brotherhood of record collectors. And once I’d discovered that you could search by year, buddy, it was all over. 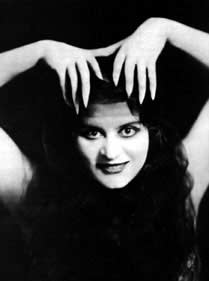 At the height of my mania, my morning routine began with a heavy application of kohl eyeliner and ended with me parked in front of my computer, queueing up a tall order of downloads. I’d “set it and forget it,” then return from school with a fresh batch of scratchy tracks from artists like Bessie Smith, Sophie Tucker, and Jelly Roll Morton. Even my first-generation iPod, a much-coveted Hanukkah gift, was filled entirely by music recorded before the advent of synced sound in cinema. Tight five-piece bands or hotel orchestras were the soundtrack of my “flaming youth,” offering me a feeling of elation and abandon that I never quite found during my brief punk phase. 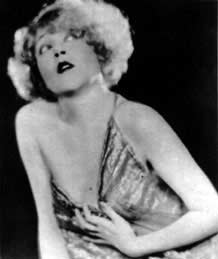 My armchair historian understanding of the 1920s was grossly oversimplified: I’d yet to learn about the Klu Klux Klan revival, for instance, or the Teapot Dome Scandal, but from where I was sitting it seemed like a pretty wild scene. Wilder, certainly, than the day-to-day horseshit that faced me in the halls of my cliquish high school. Then, as with all youthful obsessions, my mania for this time began to ebb - but not before instilling in me a lifelong preference for pre-War Americana. I’m fortunate now - instead of chasing down compilations of Cotton Club-era Duke Ellington or Blanche Calloway (Cab’s older sister!), my girlhood favorites are more accessible than ever. 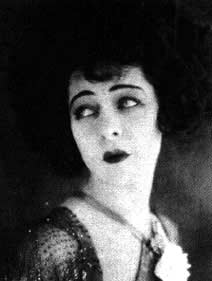 And a cursory glance indicates that my teenaged vogue for the Roaring Twenties was no outlier: if anything, the proliferation of social media platforms like Tumblr and Instagram have given rise to a whole new generation of would-be flappers. Maybe kids today don’t have to blunder through the same time-consuming internet archeology that I did, but that’s neither here nor there. Then, as now, nostalgic young snobs have a portal to the past, waiting for whatever happening freaks them out.