heavy weather all along

Author: Eric
Author’s note: As a young person, I wrote voluminous, meandering emails to my friends filled with poems and song lyrics. They were a great way of expressing my overflowing emotions at that age and staying in touch with people who were meaningful to me. A friend, for my 19th birthday, gave me a bound, printed volume of our email correspondence from right before we both left our home area to go to college. I forgot about this for over a decade and discovered it in my parent’s closet recently. The long ramble below isn’t the most representative of our exchanges, it’s quite a bit more dramatic than usual, but it retains the primary elements of our style: observations laced with song lyrics, swings from stark emotion to tedium, taking the stakes of our lives way too seriously for teenagers. I grew up an introvert in a small, rural town where I could never walk to a friend’s house. These long emails were a great catharsis, a way to ward off loneliness and reassure each other that there were people who cared. I had correspondences like this with a few people at that time and I’m still great friends with most of them.

In the interest of privacy, I changed some names—which is might be pointless because you don’t know my friends and my friends can still probably figure out who is who—and also cut a few details.

i think you can articulate things better than you let yourself admit.

"her kleenx's with foundation smeared on it, and covered by my teary snotty ones"

etc… an eye for symbols. there’s also a story, by cheever i think maybe, about a man who goes pool hopping in the suburbs and slowly comes to realize that people are talking about him behind his back and that he no longer has a job and that his wife has left him and he hasn’t see his kids in weeks and when he arrives at his house it’s all dark and locked up. 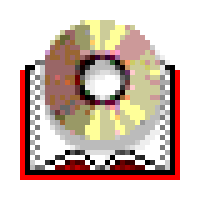 at least you got to listen to that woman, loung ung. an opportunity not available here. i think everyone’s attracted to people who are better than them, or better in some ways at least. that we can grow or at least try to. where does the sidewalk end. the bullshit sticks around for life, adults are just more polite about labeling people. "oh she must have some disability". i think you’re just beginning to have control over what you’ll become. because you can see the bullshit and say well fuck that i’m not gonna participate in it and it’s college after all you’re there to learn about shit that matters.

at least partially. as long as you know you can survive. i’ve always known i can survive and live a bitter life. that night at john’s, i don’t know why exactly, just felt like there was absolutely nowhere to turn to. and once i stop talking to you guys i felt like i can’t find anything to say that wouldn’t feel awkward, that wouldn’t feel like "Why the fuck did i say that and was silent for the rest of the time?" so i sat there silently only occasionally pointing out some fucking fact that no one else had noticed ("operation dinner out was mentioned earlier by brad pitt") and i didn’t watch most of sex and the city because i know that i would’ve been just starting at the screen and unable to comprehend what the fuck was happening.

and so i sat there all night thinking about how terrible my life was and how it wouldn’t get better and how it was utterly depressing and that there was no where else i’d rather be than right there with three of my best friends and yet that wasn’t stopping me from feeling terrible.

and a lot if was that being in love with georgia was excruciatingly painful but i could survive because i could talk to her about it because she was a friend too but after i flipped out at martina’s house she just stopped talking to me and john came back and they were talking daily and i just felt like shit for being so fucked up and thought that nothing will ever revert to how it was, to when things were at least sadly beautiful.

so that night i drove home in a state similar to acoma, sometimes driving on the other side of the road hoping a car would come along and kill me, and i sat in my bed and thought about how before i never to kill myself but now i did because the pain just wasn’t bearable anymore. sonia tried to kill herself, freshman year maybe, and ever then i’ve thought "i can never kill myself because it's selfish because think how fucked your life would be without sonia" but for some reason that night that thought wasn’t enough and that terrified me. that’s what that night was like for me. that was really long, i just poured out. some stories you can’t really tell half of.

i sort of lied to you when i just told you that i felt really down that night. i should’ve said i was suicidal but i couldn’t at the time. sorry. i learned spelling from my computer’s spell checker, it’s ok. doesn’t really matter in the technology age. i would like to read whatever you’re writing but send it when you’re ready.

i have to say goodbye to nate today, it’s his last day. and then probably a boring night with alexa and ellen. but that’s ok. this song is good, better to listen to but good lyrics too. peace… 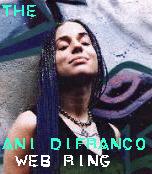