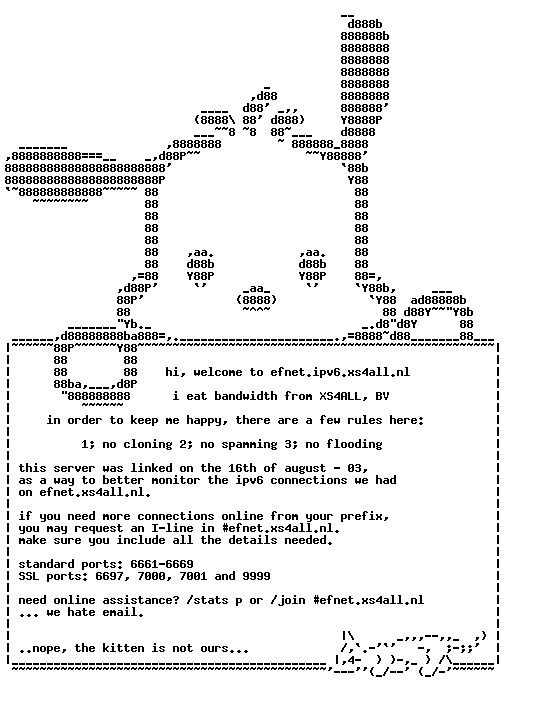 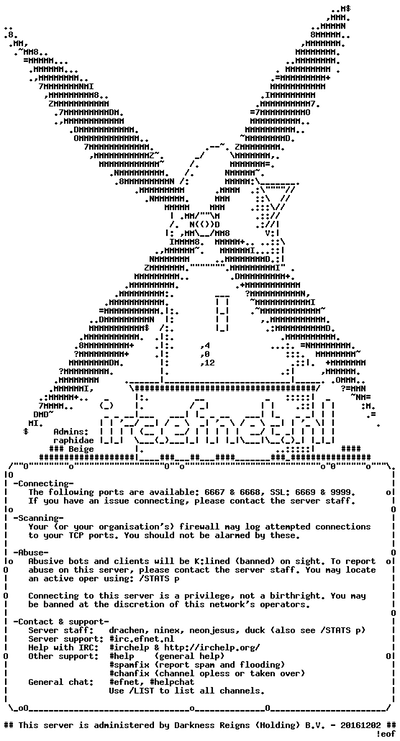 I don’t really think of this as a story. More like a check mark on a list titled “awkward situations enabled by teenagers on the internet.” A few paragraphs to build up to a likely anti-climatic reaction of “huh, that happened” but with the redeeming knowledge that only a mixture of mid-90’s teens, 56k modems and IRC could have enabled it.

In 1996 I was around fourteen or fifteen, I think a common period of social transition. In my school system going from middle school (6-8th) to high school (9-12th). A time when your friends often turn out not really to be your friends and your real friends are still in the future. But I had the internet and IRC, I was on EFnet, or maybe DALnet, or was it Undernet? Like a lot of details in this story I can’t remember anymore.

But IRC was different. Back then there were earnestly channels called #TeenChat, with real (probably) teens chatting in them. But why would I want to be in a channel without Ops, or at least Voice? So like moving to another lunch table in the cafeteria people would make new better channels with original names like #TeenChat5 or #TeenChat8. And once these new territories were created you had to keep them, being vigilant against net splits and impostors with their mIRC scripts to de-Op your comrades. Maybe you knew someone who knew someone with an eggdrop bot and your channel could be super legit. 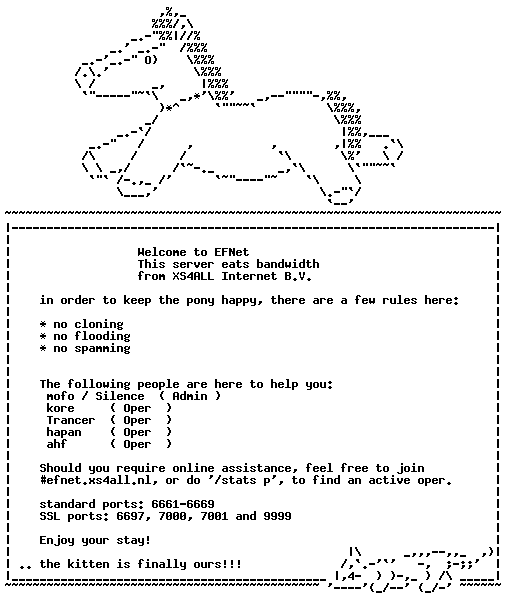 If none of that made sense good, you did not spend any of your life in a digital ‘Lord of the Flies’-esque territory. The point being as in real life strangers get put together and often become friends and form a community. My community had maybe a dozen or so regulars, people on-line for multiple hours a day.

For whatever reason people began to pair up, couples were forming, I remember people saying the words “internet boy/girlfriend” and honestly thinking how stupid it was. There were real life girls I desperately wished would speak to me, girls I could physically see. But when a girl (probably) in the channel showed interest in me my high horse was nowhere to be found.

It was a simulacrum of a relationship. So fake I can’t even remember her name, maybe started with the letter J (probably not). But what I do vividly remember is a private message I received a few weeks later:

"Are you Jxxxx internet boyfriend"
"yeah, i guess so"
"I'm her real life boyfriend"
"oh..."

Lots of insults followed focusing on me being pathetic, a loser, etc. I didn’t even ignore him, I chatted and answered any questions he had. To me this drama was as fake as the relationship and I filed it away in a minimized mIRC window.

I don’t think I talked to her much after that and the channel itself eventually died out. As I said, my teenage experience with fake (fake) internet love was mostly anti-climatic. But it reminds me how it felt like the early internet was another place entirely. This confrontation ruptured that insulation which is why this memory stands out for me. And I do thoroughly appreciate my strongest internet girlfriend memory is another guy.